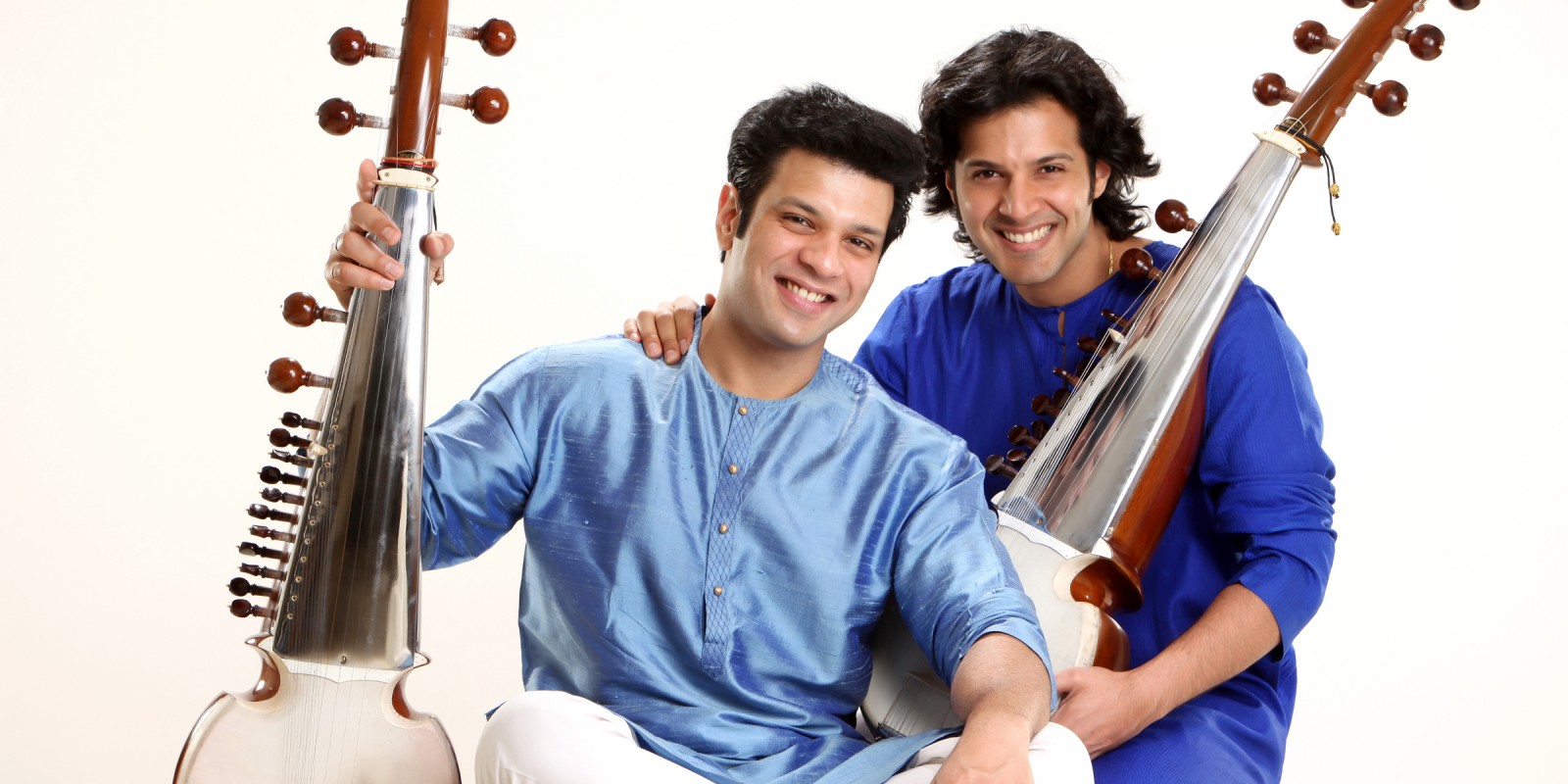 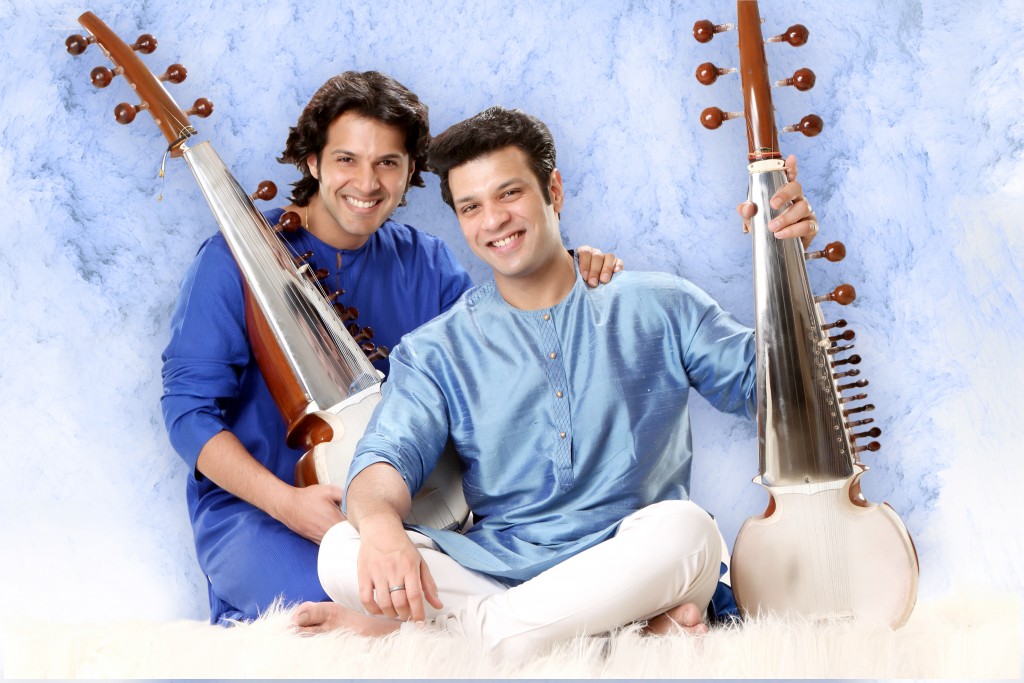 Amaan Ali Bangash and Ayaan Ali Bangash represent the 7th generation of a musical lineage, as sons and disciples of the sarod icon, Amjad Ali Khan. With him they have performed across the globe, including Carnegie Hall, Kennedy Center, Smithsonian, and WOMAD festivals on many continents. They have also collaborated with guitarist Derek Trucks, of the Allman Brothers Band, among others, and established themselves as a duo, carrying forward their musical legacy in sync with both tradition and contemporary times.

Areas of representation:  The Americas

Amaan Ali Bangash and Ayaan Ali Bangash represent the 7th generation of a musical lineage known as the Senia Bangash School. Sons and disciples of the Sarod icon Amjad Ali Khan, and grandson of the Haafiz Ali Khan, both brothers stepped into the world of music and the Sarod with confidence, clarity, consistency and the technical mastery that they learned at their father’s knee. They have over the years carved out a niche for themselves, performing at such venues as Carnegie Hall, Kennedy Center, Chicago Symphony Center, and The Smithsonian in the US, Palais Beaux-Arts in Brussels, ESPLANADE in Singapore, WOMAD festivals in UK, Singapore, Las Palmas, and Madrid.

They have performed for the Temenos Academy at St. James Palace in London for HRH Prince of Wales in 1995, 1997 and 2003. In 2001 Amaan and Ayaan took part in the Summer Arts Festival in Seattle and the Edinburgh Festival in UK in 2002. Their Australian Tour in 2003 included their performances at the World Beat Festival in Brisbane, the Opera House in Sydney and the WOMAD Festival in New Plymouth and Adelaide.

In July 2002, Amaan and Ayaan conducted a workshop for the National Youth Orchestra of UK with noted cellist, Matthew Barley. They also performed together at the end of the workshop with the Orchestra at Royal Festival Hall, resulting in the release of the recording Strings Attached. In May of 2004, they were featured with their father in Real World Record’s much-acclaimed album, Moksha.

The Spring of 2005 saw collaboration at the Savannah Music Festival in Georgia with the Derek Trucks Band. July 2006 they collaborated with Evelyn Glennie at Queen Elisabeth Hall and also appeared at the WOMAD Rivermead Festival. The brothers recently performed at the United Nations in NY for a Peace Concert.

In 2005, the brothers began to venture into electronica music with the release of their album Reincarnation. The album spent over thirteen weeks on the charts and had three music videos on constant rotation. 2007 saw the release of the next electronica lounge album, called Truth. In 2010 they released an album titled The Music Room with their father and guru. They have also co-authored two books:  “Abba-God’s Greatest Gift To Us” on their father’s life, published in 2002 by Roli Books, and “50 Maestros 50 Recordings”, published by Harper Collins.

Awards received by the brothers include MTV’s Lycra Award for the Most Stylish Person in Music in 2006, the Keys to the City of Tulsa, OK along with Honorary Citizenship, presented by the Mayor, and the Bharat Shiromani Award for Instrumental music in 2007.

Amaan Ali Bangash and Ayaan Ali Bangash are well-known names in the music scene today and are carrying forward their musical legacy in sync with tradition and contemporary times.

Amaan Ali Bangash is the elder son and disciple of the Sarod Maestro Amjad Ali Khan. Initiated into the fine art of Sarod playing at a very tender age, Amaan began his public performances at the age of eight. Accompanying his father to various music festivals in India and abroad, he has today carved out a niche for himself and his performances have evoked considerable applause. His precision in tunefulness and his bold and resonant strokes are all pointers to importance of tradition and continuity in Indian Classical Music.

He made his debut abroad in 1986 at the Festival of India in Moscow. In 1990, Amaan performed in UK and at the Asia Society in 1991 in New York. Today, Amaan is considered as one of the finest young sarod players and has attained a very special place for himself among Indian music enthusiasts.

Awards and accolades came his way early in life, yet Amaan steadfastly pursued his family’s inheritance and legacy. His personal belief being that his work will speak for itself . In October 2002, he received Provogue Society’s Young Achievers Award for Performing Arts.

Beyond playing the sarod, Amaan has anchored Top Drive, the all-new television series on Star World that was aired beginning in January 2003 for five episodes. He also took part in the relay for the 2004 Athens Olympics in New Delhi in June 2004. In 2005, Amaan composed for the music for the film American Daylight by Academy Award winner Rodger Christian.

Ayaan Ali Bangash is the younger son and disciple of the Sarod titan Maestro Amjad Ali Khan, making his solo concert debut at the age of eight.  Since that time, Ayaan has been performing concerts world wide, giving many solo performances and also appearing in concert with his illustrious father and brother.

Ayaan has won the hearts of music lovers both in India and around the globe. He made his UK Debut in 1989 and the US Debut in 1991 at the Asia Society in New York. By the year 2000, Ayaan joined his father at the Dalai Lama’s Sacred Music Festival inauguration.

In June 2004, Ayaan took part in the ATHENS 2004 Olympic Torch Relay in New Delhi and the Fall of the same year he performed at the Symphony Hall in Fukuoka and New York’s Town Hall. In 2005, Ayaan composed the music score for Roger Christian’s film American Daylight.

Ayaan has participated in over seven recordings that include three solo projects. His recent recordings include Sarod for Harmony and Live at Carnegie Hall.

“Amaan Ali Bangash and Ayaan Ali Bangash are the seventh generation of sarod virtuosos from this remarkable family, and they are already putting their own stamp on the instrument. Both men focused on the explosive rhythmic possibilities of the sarod, trading densely patterned improvised runs with each other, and demanding that the two drummers answer with blazing solos of their own. Though the sons never strayed from family tradition, their roaring performance had me thinking of guitarists such as Jimmy Page and John McLaughlin, who also soared in dramatic face-offs with drummers.” — NOLA.COM

“Amaan and Ayaan are the youngest members of India’s oldest Sarod playing family. They have already recorded CDs and played, among other places, at Carnegie Hall and Prince Charles’s Highgrove estate….” — NEWSWEEK

“Both brothers have developed individual and distinctive musical voices at a very young age, and both look set to become central figures in North Indian classical music-worthy heirs to their father’s crown…” — SONGLINES

“From India, a Sarod Dynasty Represented by Father and Sons… both excellent musicians, who play with power and precision and can light up an audience with fast passages.” — NEW YORK TIMES 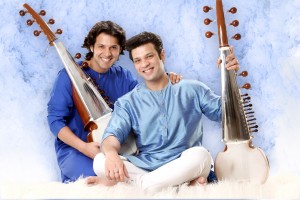 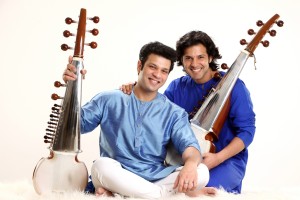 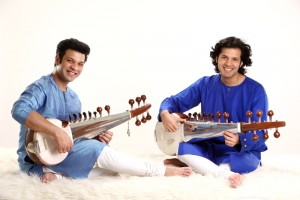