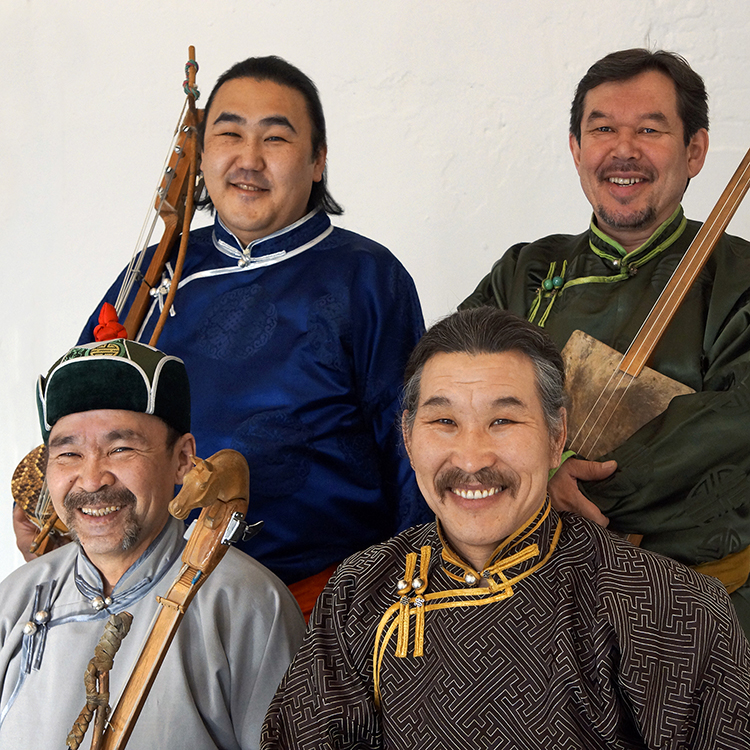 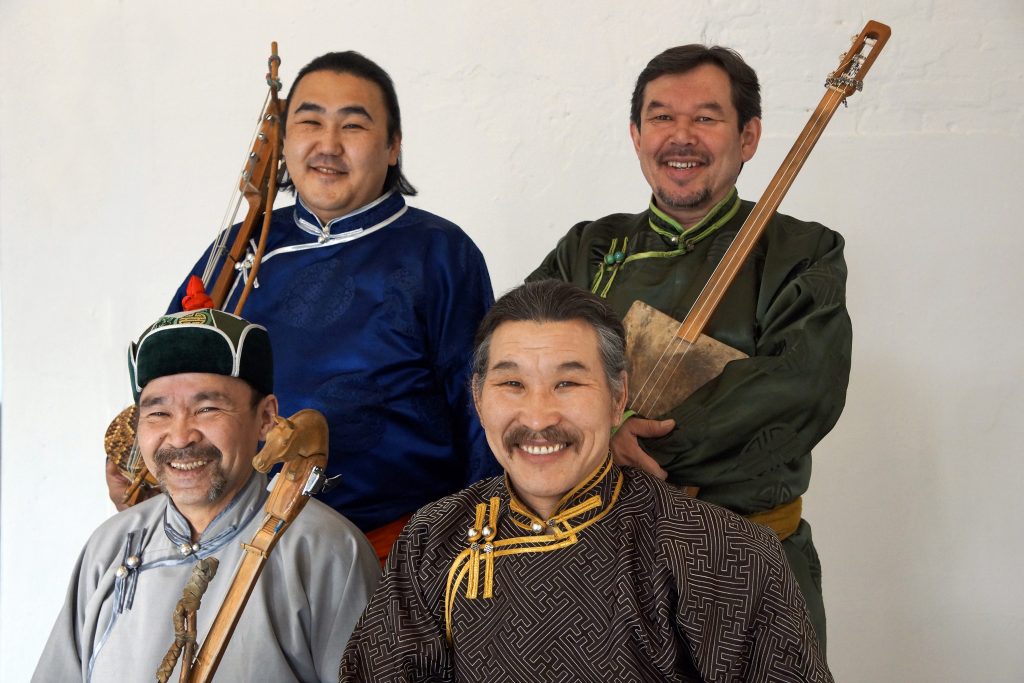 The whistling of the high-mountain wind forms eerie overtones and postmodern statement. The repeated thrum of a string against wood and hide turns into a meditative, evocative figure straight from the avant garde. The descendents of isolated Siberian herdsmen make serious, strangely universal music out of some of the planets quirkiest acoustics.The Tuvan acoustic quartet Huun Huur Tu prove that Tuvan music can take plenty of intelligent innovation. Using traditional instruments and drawing subtly on 20th-century composers, funky rhythms, and the decades they spent honing their overtone singing, Huun Huur Tu transform ancient songs into complex acoustic compositions. Beginning over seventeen years ago, Huun Huur Tu has almost single-handedly introduced the outside world to the boundless wealth of Tuvan traditions, thanks in great part to their superior musicianship.

The whistling of the high-mountain wind creates eerie overtones and postmodern statement. The repeated thrum of a string against wood and hide turns into a meditative, evocative figure straight from the avant garde. The descendents of isolated Siberian herdsmen make serious, strangely universal music out of some of the planet’s quirkiest acoustics.

As they began touring in the West seventeen years ago, Huun Huur Tu almost single-handedly introduced the outside world to the boundless wealth of Tuvan traditions, thanks in great part to their superior musicianship. Hailing from the high pastures of the Altai Mountains in south central Siberia, the musicians have spent decades honing the overtone singing, instrumental approaches, and vibrant songs of their home.

Yet the group also had the musical savvy and the chops to take their traditions far from the slopes and valleys of Central Asia. They made groundbreaking traditional recordings that put their home on the map. They toured the world, gaining fans and inspiring overtone singers. They’ve wowed audiences in both Americas, Europe, Asia, Australia, and Africa, eliciting surprised remarks after one festival show in Kenya that they played with the same ”soul” as local musicians. They sparked a boom in Tuvan and other throat-singing, lute-strumming ensembles from Central Asia that have been the mainstays of global music festivals.

Being the first (and arguably the most skillful) has its advantages. Well-established as “world music” masters, Huun Huur Tu has long been involved in pushing the envelope and digging deep into their roots to find new possibilities. The most recent member to join the group, Radik Tyulyush, a third-generation throat-singer, talented multi-instrumentalist, and conservatory trained composer, added a dose of youthful energy and rhythmic complexity recalling good old American funk.

In 2011, Huun Huur Tu collaborated with prominent Russian composer Vladimir Martynov, who drew on the works by the visionary early 20th-century avant-garde poet Velimir Khlebnikov to create Children of the Otter (forthcoming as a DVD on GreenWave), a 70-minute piece for chamber orchestra, choir, and Tuvan ensemble.

Martynov’s background in Russian Orthodox music, other non-Russian music from Central Asia, as well as his embrace of everything from mid-century minimalism to rock operas to Renaissance polyphony, made collaboration easy and inspiring for Huun Huur Tu. While the quiet influence of minimalism can be felt in the group’s newest approach to “Chyraa-Khoor,” a traditional Tuvan song, but with a contemplative Philip Glass-esque undercurrent.

Another, similarly harmonious collaboration with a very different kind of musician came when the group worked with producer Carmen Rizzo (Niyaz, Seal, Paul Oakenfold, Ryuichi Sakamoto). By working closely with Rizzo on Eternal (GreenWave, 2009), the members of Huun Huur Tu got a taste of how to create electronic soundscapes around traditional material. This experience, along with their role as the heart of a new kind of chamber orchestra, has guided much of their music following that project.

“Gradually, over the years, the sound has shifted,” reflects former manager and co-producer of their 2010 release, Ancestors Call, Vladimir Oboronko. “It’s become more sophisticated, more-dimensional, and much more relevant to current music sensibilities. Huun Huur Tu is innovating indigenous Tuvan music under the subtle influence of the music of 20th and 21st centuries, and the result is both contemporary music that belongs to the whole world and a fresh take on the traditional music of their beloved Tuva”

“Huun-Huur-Tu, having completed its fourth tour in North America, and a veteran of concert and festival performances in nearly every country of Europe, has emerged as the foremost international representative of Tuva’s remarkable musical culture. Representing such a culture, however, is surely a delicate task. For how can one convey to outsiders the subtle sensibility of a music so intimately tied to a sense of place — a place whose landscapes and soundscapes are unknown to most listeners in the West? Must one experience the place to understand the music? Or do the sweeping melodic contours and poignant timbres of Tuvan music touch something in all of us — a vestigial collective memory of one of humankind’s most ancient livelihoods: pastoralism?

It is indeed the Tuvan pastoralists’ keen perception of natural landscapes and soundscapes that has most conspicuously shaped their music. The Tuvans, a South Siberian Turkic people who number some 150,000, preserve what are arguably some of the world’s oldest forms of music-making. What binds these forms together is their use of mimesis, or imitation for aesthetic purposes. By imitating or aesthetically representing the sounds of nature, human music-makers seek to link themselves to the beings and forces that most concern them: in the case of the Tuvans, domestic animals, the physical environment of mountains and grasslands, and the elemental energies of wind, water, and light. The best known genre of Tuvan music, xöömei (throat-singing), comprises what one might call a lexicon of musical onomatopoeia in which natural sounds are mimetically transformed into musical representations.

Tuvans not only transform the sounds of the natural world into music through imitation; they also make sonic “maps” of physical landscapes which may be expressed in texted songs, throat-singing, whistling, or other types of vocal production. For the Tuvans, one of the purposes of music seems to be to offer detailed and concrete descriptions of topography. In short, Tuvan music is not abstract, like most Western music, but radically representational, the product of a cult of imitation that ties it to an animistic understanding of the world…..

While the Tuvans’ legacy of animism is at the core of their musical tradition, the tradition itself has broadened. How could it be otherwise, for in order to be “authentic,” traditional music must maintain its relevance to the life of a community. Tuva has changed. Decades of Soviet rule brought influences from Russia and from the West as well as a cultural politics that strove to transform indigenous music and musical life into European-style practices. Now the Soviet Union is gone, but the transformations which it wrought still cast a long shadow over Tuva…. Tuvan music, like many indigenous musical traditions around the world, has become de-territorialized.

Huun-Huur-Tu’s community of listeners is a worldwide community, and its tradition is a reimagined one. The tradition’s authenticity stems from the group’s effort to bring their own life experience into their music, and to build a rapport with their audiences, as any tradition must to remain alive. In serving their community, the members of Huun-Huur-Tu have of necessity reverted to their forebears’ way of life: nomadism — but nomadism that takes place largely beyond the borders of Tuva. We can only wish the group well in their travels, and hope that the collage of landscapes and soundscapes they encounter can continue to nourish their music and help it remain vital and relevant — to their lives and ours.” 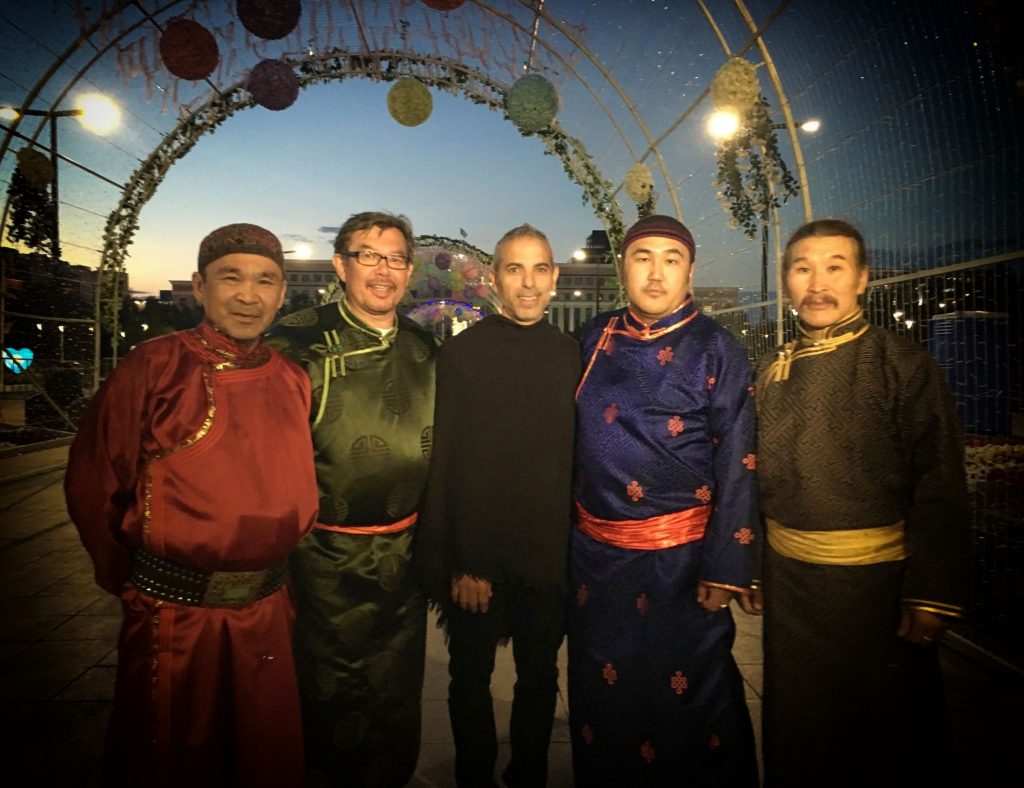 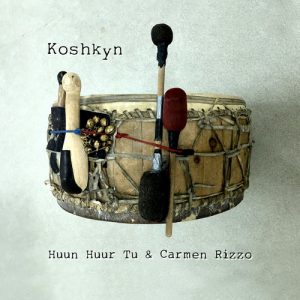 Titled Koshkyn (the Tuvan word for “nomad”), the album was recorded in 2017 in a hotel room turned makeshift recording studio in Astana, Kazakhstan around the group’s performance at World Expo 2017. Rizzo then produced and finished the music in Los Angeles.

Performances of the collaboration will be available for tour dates worldwide in the 2019-2020 season.

Highlights from the original collaboration included a feature in Time Magazine as well as heavy airplay on NPR tastemaker radio stations KCRW & KEXP. 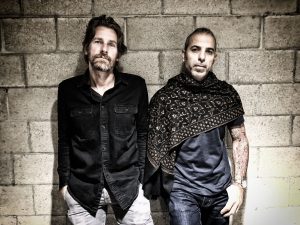 Libella, a Los Angeles based duo are comprised of 2 time Grammy nominated producer and electronic
musician, Carmen Rizzo & multi- instrumentalist & artist, Joel Shearer who’s collective album credits range from
Coldplay, Ryuichi Sakamoto to Damien Rice & AR Rahman. By recording remotely all over the globe from Berlin
to Prague, Montreal to Moscow, the duo found the intersecting lines of analogue undertones and lush
ambience in a collection of hypnotic songs called The Apostle Of Beauty. Libella’s debut is out now on
Electrofone Music.

“If you miss every other performance, might we suggest you check out at least one of the two sets Huun Huur Tu will perform Saturday. They are a throat-singing group from the semi-autonomous Tuva Republic, Russian Federation, which is situated north of Chinese Turkestan, to the west of the Mongolian border. Their performance is stunning.”  about LEAF Festival 2019, Black Mountain, NC. — MUSICFESTNEWS.COM

“To those who have heard of it, the autonomous Russian republic of Tuva is chiefly known for three things: its colorful and highly collectible stamps, its rugged terrain (this was the place chosen by fly-fishing Russian Prime Minister Vladimir Putin as the backdrop for a much ridiculed series of photos in which he appeared shirtless and on horseback) and its khoomei, or throat singing.” — TIME

“Their trademark sound derives from the use of various over-tone or ‘throat-singing’ techniques which were invented by nomadic hunter-herders of the Tuvan steppes and mountains. Traditionally, these were largely performed a cappella, but Huun-Huur-Tu were one of the first groups to combine them with ancient acoustic instruments such as the cello-like two-stringed igil, the four-stringed byzaanchi, the three-stringed doshpuluur and the khmomuz – a local equivalent of the Jew’s harp.” — BBC

“You’ve never heard anything like this folk music from Tuva, a Siberian region at the edge of Outer Mongolia. At times the four members of Huun-Huur-Tu conjure a beauty so strange that it might have emanated from the banks of Martian canals.” — LOS ANGELES TIMES

“While it might sound vaguely painful to say, throat singing is entirely mesmerizing. BBC World Music Award nominees Huun-Huur-Tu practice the folk sound common in the Tuva Republic, a vocal intonation so precise and resonant, you can almost hear the vocal chords reverberating like they belong on a well-played string instrument. Speaking of which, the vocals are accompanied by rare instruments like the doshpuluur, a long-necked Tuvan lute.” — WASHINGTON POST

Some of my season ticket holders were leery, but the band won them over and they were raving about them by the end of the evening. Band was easy to work with. A very positive night for us.” 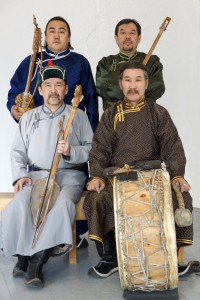 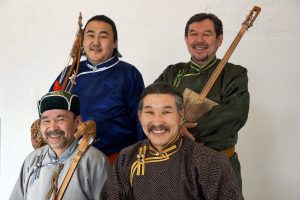 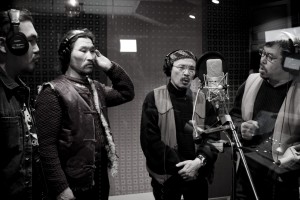 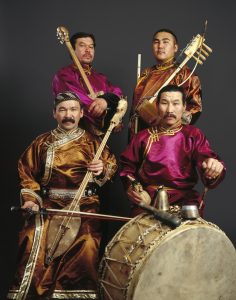 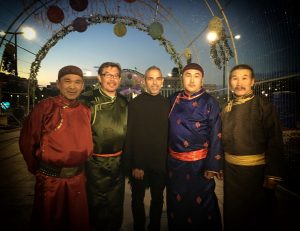 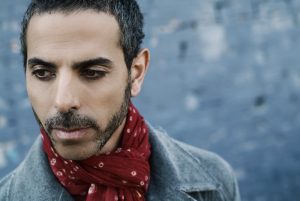