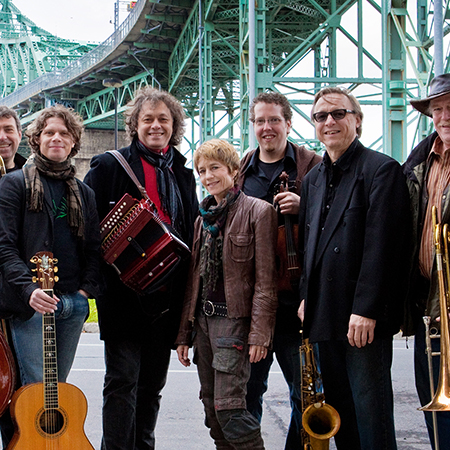 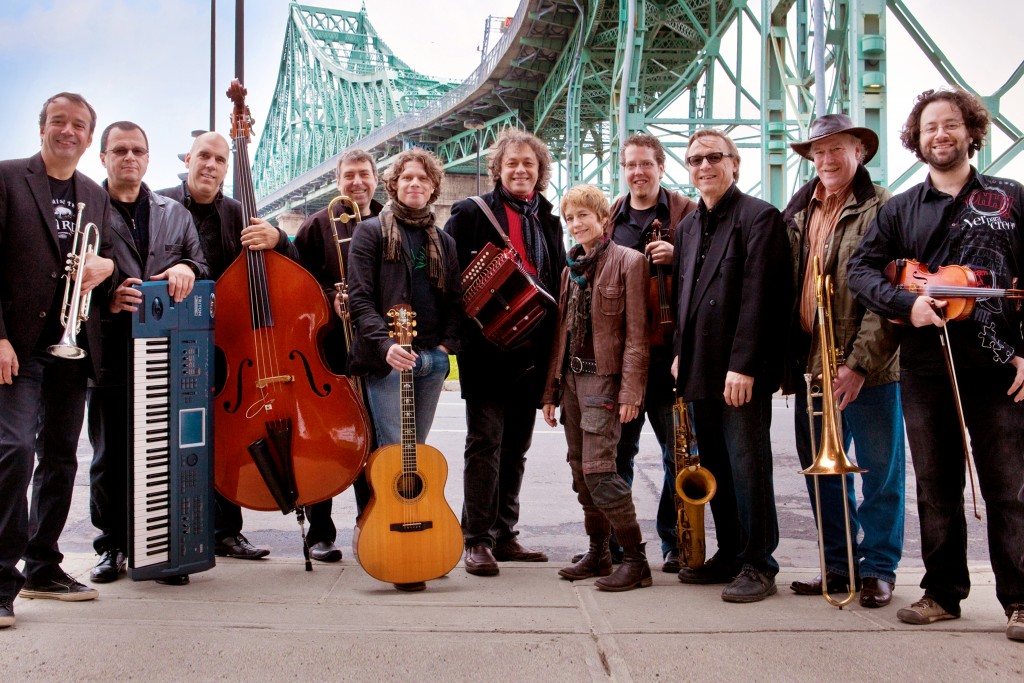 More than 35 years ago, La Bottine Souriante spearheaded the renewal of interest in Quebec’s roots music. The ten-piece ensemble—which includes a female dancer and a four-man brass section—is hailed at home and abroad for its innovative arrangements and the wild spirit of its live shows. La Bottine Souriante—the name translates as the smiling work-boot—keeps to a repertoire of traditional songs and tunes from home, but is never content to stay still musically, drawing inspiration from jazz and world music. There’s a New Orleans, party feel to La Bottine that links it to Francophone traditions of Louisiana. The rollicking outfit stays clear of popular trends and folk purism, offering instead music of depth and substance with the freedom to innovate and let the good times roll.

Areas of Representation: Worldwide (except Quebec)

La Bottine Souriante first appeared on the Québec music scene in 1976 and is a living legend of French North American roots music. In over thirty-five years, they have released twelve albums, four of which are certified Gold (over 50,000 copies sold) and three went Platinum (over 100,000 sold). In 2001, they also released a musical anthology to celebrate their 25th anniversary. Altogether, they have sold over half a million albums! The group has won dozens of awards and headlined festivals around the world. La Bottine Souriante is no longer simply a Québécois/Canadian musical phenomenon. The group and their explosive sound have crossed borders the world over and left in their wake countless enchanted audiences. They have now developed a distinctive sound that successfully allies an homage to tradition with a dash of jazz, salsa and pure folk, while at the same time perfectly representing the symbol of vitality and pride of its mother culture. It is truly World Music in the best of that tradition.

La Bottine has developed an exceptionally tight, cohesive sound, with their unique flavour of celebratory music. These two elements, music and celebration, characterised by pulsating rhythm, breathtaking sound, and exuberant spirit, have been inseparable. And it is directly into this turbulent energy that La Bottine Souriante sweeps its rapturous public. It is no wonder that the US-based Dirty Linen magazine has proclaimed La Bottine “The best band in the world”!

La Bottine Souriante has taken part in numerous folk festivals around the world, among them the TØNDER FESTIVAL and the prestigious WOMAD. The group has appeared on many collaborations, notably with Kepa Junkera (Bilbao 00:00h) from the Basque country as well as with Paddy Molony and The Chieftains (Fire in the Kitchen).

“The tightest and most exciting band of any nature anywhere…”  ~ FolkRoots, UK

“One of the best live acts of this universe.” ~ Folk World, Germany

“Simply the best band I saw all through the summer festival season.”  ~ Georgina Boyes, BBC Radio 2

“One of the most innovative and uplifting bands playing contemporary roots music anywhere.”   ~ Tony Montague, The Vancouver Courier

“Show was great!  Exactly what I had hoped – great joi de vivre and spirit of celebration!  Even the weather cooperated – turned out to be a very pleasant evening – not too hot though a little humid.

Jocelyn, Frank, Benoit and everyone with the band were great to work with.  Our technical staff enjoyed the experience and everything ran smoothly.  A very memorable evening – truly one of the highlights of our season!  Fabulous response from audience – good turnout of 1,000+; “Best show yet” heard many times.  I think the band had a good time as well – they certainly enjoy performing together.

Thank you again for all your help in making this happen!  We’ll keep in touch.” 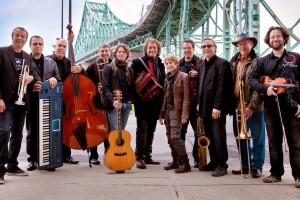