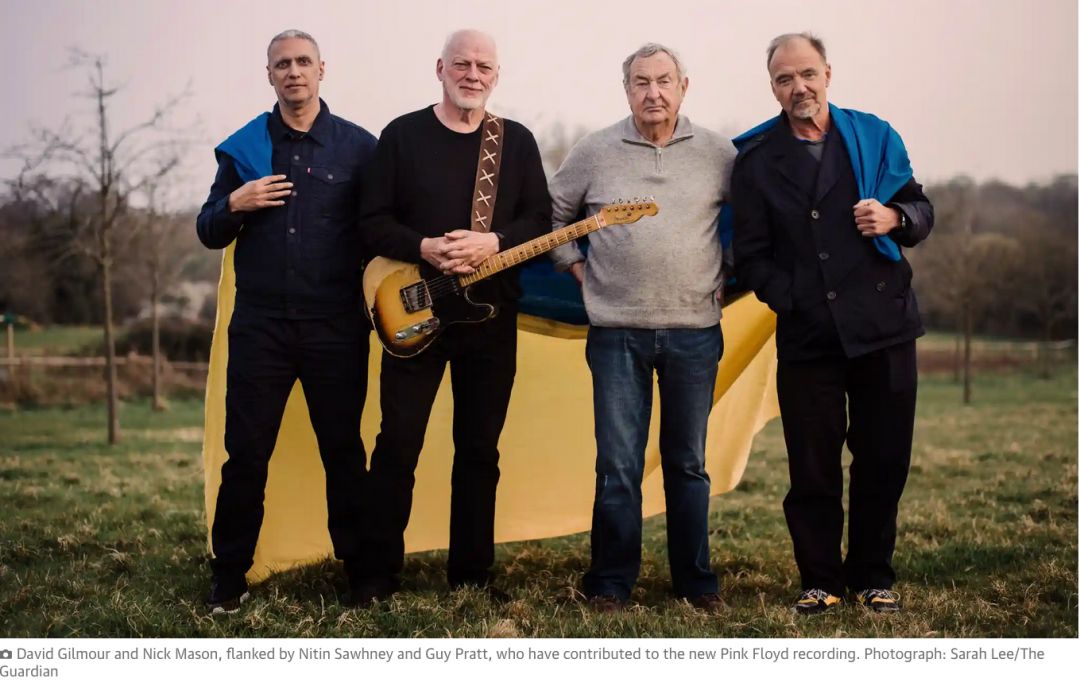 Disgusted by the Russian invasion, David Gilmour speaks about band’s first brand new song in 28 years, which samples a Ukrainian musician now on the front line – and expresses ‘disappointment’ in Roger Waters. The song features Nitin Sawhney on keyboard.

A couple of weeks ago, Pink Floyd’s guitarist and singer David Gilmour was asked if he’d seen the Instagram feed of Andriy Khlyvnyuk, frontman of Ukrainian rock band BoomBox. Gilmour had performed live with BoomBox in 2015, at a London benefit gig for the Belarus Free Theatre – they played a brief, endearingly raw set of Pink Floyd songs and Gilmour solo tracks – but events had moved on dramatically since then: at the end of Feburary, Khlyvnyuk had abandoned BoomBox’s US tour in order to fight against the Russian invasion.

On his Instagram, Gilmour found a video of the singer in military fatigues, a rifle slung over his shoulder, standing outside Kyiv’s St Sofia Cathedral, belting out an unaccompanied version of Oh, the Red Viburnum in the Meadow, a 1914 protest song written in honour of the Sich Riflemen who fought both in the first world war and the Ukrainian war of independence. “I thought: that is pretty magical and maybe I can do something with this,” says Gilmour. “I’ve got a big platform that [Pink Floyd] have worked on for all these years. It’s a really difficult and frustrating thing to see this extraordinarily crazy, unjust attack by a major power on an independent, peaceful, democratic nation. The frustration of seeing that and thinking ‘what the fuck can I do?’ is sort of unbearable.”

The result is Hey Hey, Rise Up!, a new single by Pink Floyd that samples Khlyvnyuk’s performance, to be released at midnight on Friday with proceeds going to Ukrainian humanitarian relief. 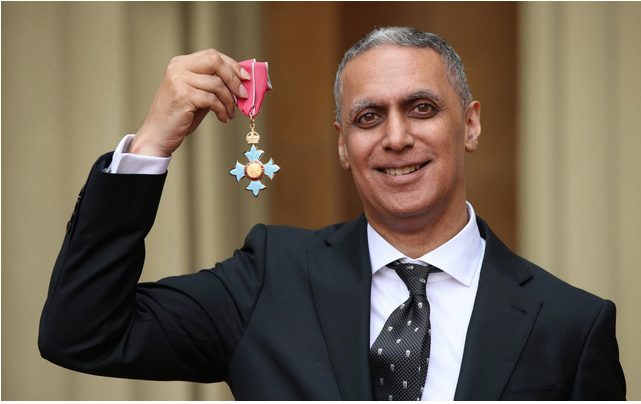 When Nitin Sawhney was offered an OBE in 2007 for services to music, his father asked him to accept the order of chivalry for his birthday – but he turned it down, citing the Iraq War and saying he “could not handle the idea of the word ’empire'” after his name.

But 12 years later, Sawhney, 55, accepted a CBE in the 2019 New Year’s Honours list – as a way of paying tribute to his Indian parents’ “immigrant experience”.

Appearing on BBC Radio 4’s Desert Island Discs, the musician and composer told presenter Lauren Laverne all about the racist bullying he faced growing up in Rochester, Kent, in the 1970s.

Sawhney admitted that the physical and verbal attacks he experienced gave him a sense of “loathing” for the person that he was.

He told Laverne that, when he was offered an OBE in 2007, his father asked him to accept the order of chivalry for his birthday – but Sawhney refused, citing the Iraq War and his issues with the idea of ’empire’.

But Sawhney, who received the Ivor Novello Lifetime Achievement Award in 2017, admits that he has softened now – and took it as a “sign” when he was offered a CBE on what would have been his father’s birthday last year.

“I’m into signs so I kind of thought, ‘OK, I’m going to take it because it feels like I should,” said the musician, whose father passed away in 2013.

“I took it also because of the time we’re in. I wanted to acknowledge my mum and dad’s immigrant experience.

“And that’s what my dad said to me, ‘we worked really hard and we came here to give you a better life’.

“And that OBE at the time would have symbolised that.”

Sawhney was born to Indian parents in London in 1964, and attended school in Rochester, Kent.

Today, he can be recognised for his collaborations with everyone from Sir Paul McCartney, Sting, and the London Symphony Orchestra, to Ellie Goulding, Shakira and Taoi Cruz.

The Mercury Prize nominee once even met Nelson Mandela while recording an album.

But, opening up to Laverne about his childhood, Sawhney admitted that he had his fair share of “bad experiences”.

He said: “We had the National Front leafleting every day outside the school gates.

“Being followed home by a guy in a van with a loud hailer shouting racist abuse at me was pretty crazy as well.

“There was part of me that has a bit of loathing for that person. I actually felt that that person was a bit weak and pathetic.

“It’s odd, isn’t it, that that kind of mentality stays with you that you kind of feel a sense of shame about abuse of all kinds and trying to get past that is a real journey.

“In some ways that negativity, that feeling of shame, actually drove quite a lot of my creativity at the time. I wanted to not feel that way.”

by Sarah Lumley – The Telegraph